Senex Energy hosted a function to celebrate the new ownership of the company under POSCO International Corporation and Hancock Energy Corporation.

For POSCO International the event was represented by Executive Vice President Mr. Jhoon Soo Jho, who flew down from South Korea especially for the historic occasion, together with other POSCO executives based in Australia. For Hancock Energy the event was represented by the Executive Chairman of Hancock Prospecting, Gina Rinehart, AO, together with Executive Director, Tad Watroba, and Stuart Johnston of Hancock Energy. The Queensland Government representation was led by The Honourable Ms Annastacia Palaszczuk, Queensland’s Premier and Minister for the Olympics, together with The Honourable Mr Cameron Dick, Queensland’s Treasurer and Minister for Trade and Investment; Mr Bart Mellish, Assistant Minister to the Premier for Veterans’ Affairs and COVID Economic Recovery; Mrs Ann Leahy MP, Member for Warrego and Shadow Minister for Local Government, Disaster Recovery and Volunteers; Mr Paul Scarr, Senator for Queensland; Ms Toni Power, Queensland’s Co-ordinator General and Mr Graham Fraine, Director General of the Department of Regional Development. The event was hosted by Ian Davies, Chief Executive of Senex Energy.

Mrs Rinehart’s remarks during the event focussed on the vital importance of the production of Queensland’s clean natural gas to energy security both in Australia and throughout the region and the increasing role that Senex Energy will play under its new ownership, with subject to approvals, expansion to treble by 2025. 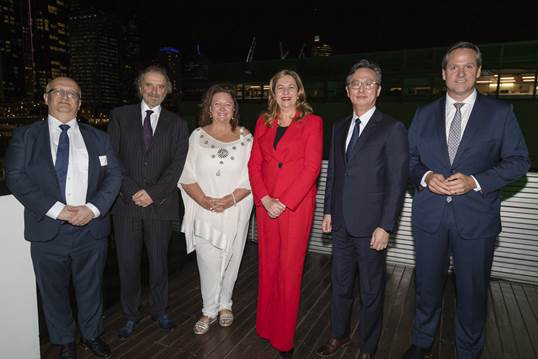 Premier Palaszczuk, Treasurer Dick, Senator Scarr, Mr. Jho and distinguished guests, ladies and gentlemen I’m delighted to be here with you this afternoon to celebrate a new chapter for Senex Energy.

Senex is our first significant direct investment in an energy business and I want firstly to acknowledge our partner POSCO International.

Hancock has worked closely with POSCO for over a decade. They have been alongside Hancock throughout the development of the 60 million tonne per annum Roy Hill mega project. I know they share my belief in the value of long-term and trusting relationships, and through their other upstream investments POSCO International brings a depth of knowledge and experience in LNG markets, infrastructure and production operations relevant to Senex.

Mr Jho, I know that you and your team worked beautifully hard to complete the Senex acquisition and we’re looking forward to working with you for many years to come.

I’d like to say a few words about why investing in Senex is important to Australia and to me.

One of the lessons liberal democracies like ours can take from the terrible events in Ukraine is the vital importance of energy security for ourselves and our allies.

We’re seeing the very real consequences of paying Russia billions of dollars daily for energy supplies which have greatly helped fuel their ability to wage war. As a nation we are sending coal to the Ukraine as they have requested, I note they are not asking we send solar panels!

The lesson to Australia should be to make ourselves energy independent through the most reliable and cost competitive means possible. Given our abundant natural resources we can, and should, also support our allies in meeting their energy needs.

Continued production of Australia’s natural gas is an essential part of the energy supply solution and should be for decades to come.

Over 225,000 well paid manufacturing jobs are supported by Natural Gas which in turn supports every sector from agriculture to construction. The oil & gas industry itself also supports 80,000 jobs directly and indirectly.

As other supply sources decline these jobs are increasingly reliant on gas from Queensland. In many respects it can be said that this beautiful state, Queensland, is doing much of the “heavy lifting” to support the economy.

In this I’d like to acknowledge the work of the Premier and the Queensland Government in supporting jobs through investment in gas.

Since 2015 the Queensland Government has released more than 80,000 square kilometres for gas exploration, over a quarter of it guaranteed for the Australian domestic market. Some of this was awarded to Senex for its Atlas project which is already delivering gas to domestic customers such as CleanCo Queensland, Southern Oil Refining, CSR, Orora, Visy Glass and Alinta Energy, just to name a few.

One thing that came though strongly in our due diligence was the fact that Senex was a small, nimble, low-cost operator with long-term relationships. They also have an exceptional safety record. These are some of the things we wish to preserve and build upon.

Senex’s production has grown every quarter for the past 20 quarters. Whilst its production today isn’t huge compared to the size of the market it is serving with timely approvals we aim to at least triple production by 2025.

We hope, with supportive approvals, even be able to do a little better than that. POSCO and ourselves have money to invest together, in friendly  investment areas.

Earlier I mentioned Roy Hill – a project where we invested US$10 billion in iron ore mine, rail and port facilities. This grew from a first shipment in December 2015, through a series of expansions to a rate equivalent to 60 mtpa by April last year, with increases planned.

This project and its expansions clearly illustrate Hancock and POSCO’s track record in successfully progressing large scale resource projects from exploration stage through permitting, approvals, construction and into production.

I believe that provided the Government welcomes investment there is the opportunity to bring that same experience and aggressive growth driven focus to Senex as a business that is increasingly important in satisfying the demand for reliable energy both here in Australia and throughout the region. 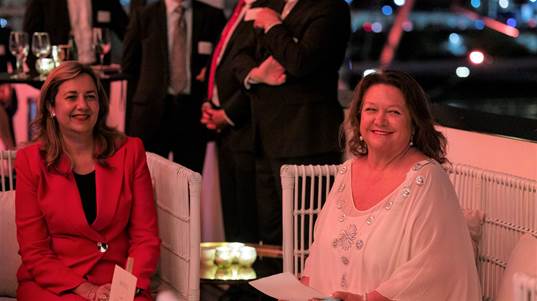