Board and Senior Management 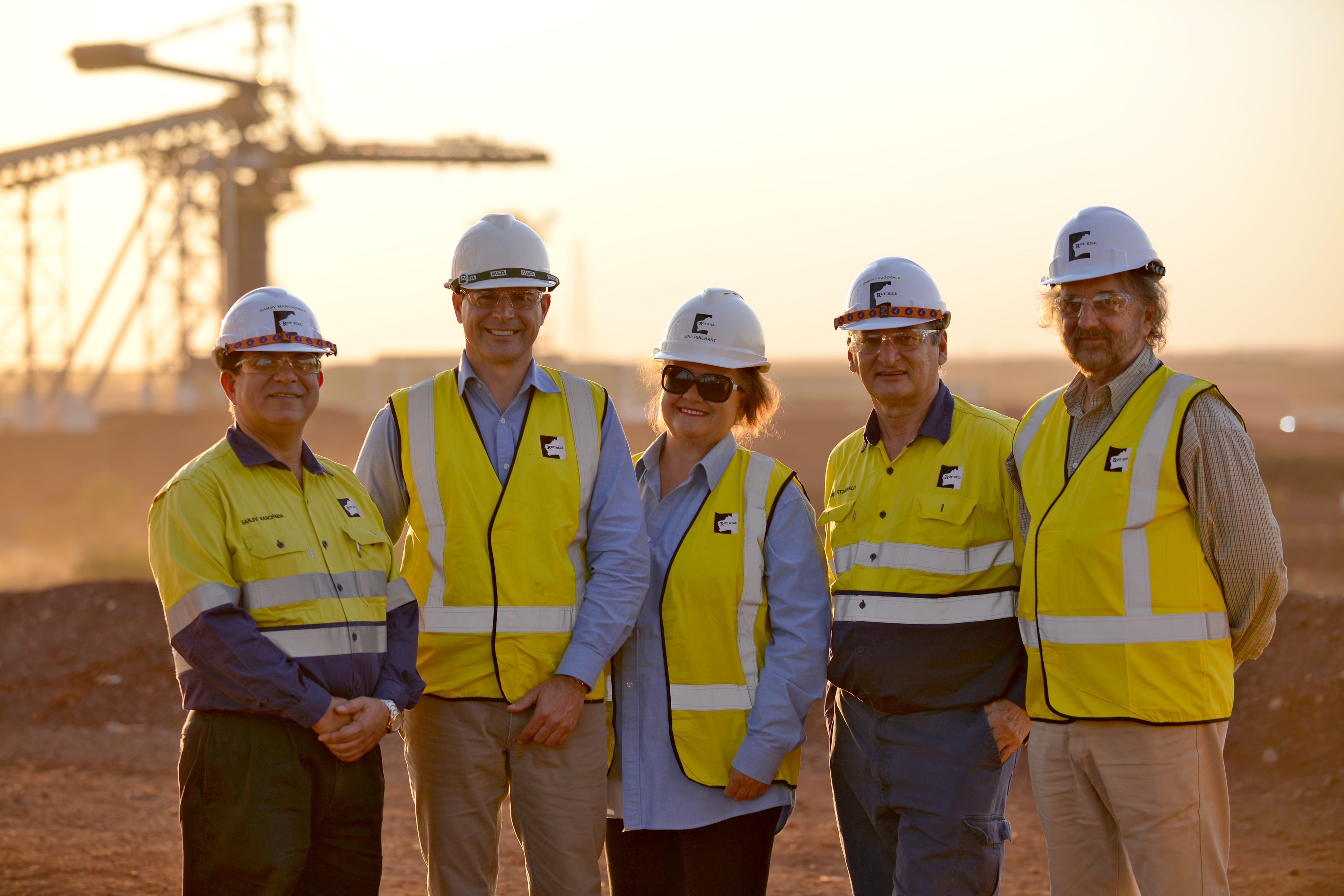 Hancock Prospecting’s Executive Committee is responsible for the management of the Group and its business ventures.

The Executive Committee is made up of: 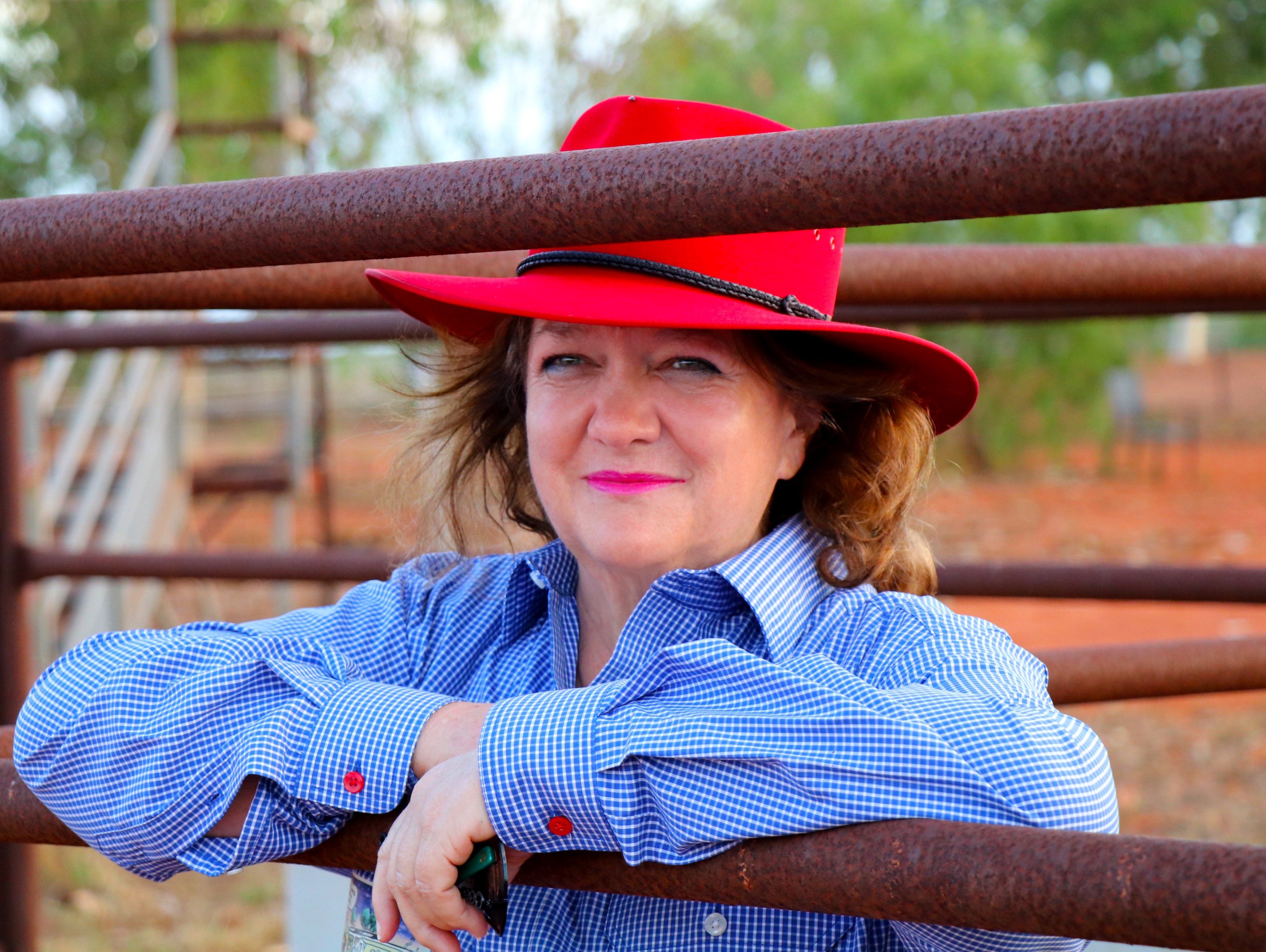 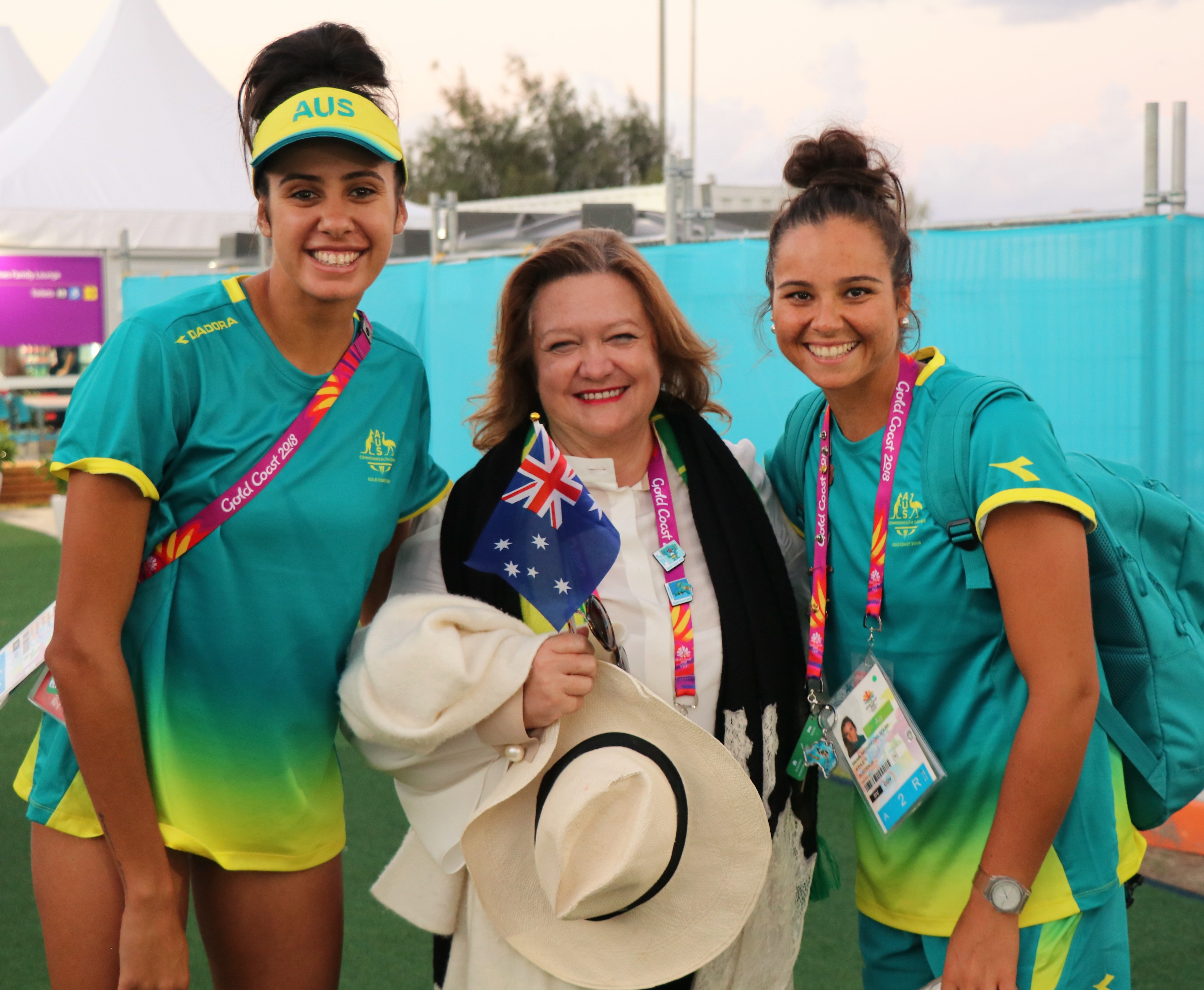 She was born in Perth on February 9th, 1954 and spent her childhood between the Pilbara, in north-west Australia, where she lived with her parents on large sheep and cattle properties in the remote and rugged region, then from 8 years old attending boarding school at St. Hilda’s Anglican School for Girls in Perth.

Since becoming Executive Chairman of the Hancock Prospecting Group in 1992, Mrs Rinehart has transformed the Group from one that was in difficulties and financially troubled to a very successful industry-leading innovator, providing employment to many across the outback of Australia. . Under Mrs Rinehart’s leadership, the Hancock Group has diversified from prospecting to become a miner, and further investing in iron ore, copper, potash, gold, coal, cattle, dairy and property. The group has grown under her leadership to become one of the most successful private mining companies in the world, and become the most successful private company in Australia’s history.

Mrs Rinehart’s achievements include the development of the mega Roy Hill project, the exploration and then development of four major iron ore mines at Hope Downs, (the latter more recently with joint-venture partner Rio Tinto Iron Ore, ) and the considerable expansion of Hancock’s agricultural business, now the second-largest producer of cattle in Australia and one of Australia’s largest landowners.

At Hope Downs, Mrs Rinehart took the company’s tenements from a status of temporary titles – with the area having little more than a few drill holes – to State agreement and bankable feasibility study status, to then partner with Rio Tinto, and construction of four major mines, with more in the pipeline. This involved an enormous approval process and extensive high-risk expenditure both for exploration and studies, then raising money to develop these major mines and related facilities. It being noted, that unlike most major mines, which use shareholders money, and hence its directors don’t bear the risk personally, this was done by Mrs Rinehart via her private family company of which she owns directly more than 76 per cent.

Mrs Rinehart’s flagship achievement is the exploration, financing, construction and operation of the $US10 billion Roy Hill project – the debt raised was the largest ever for a mainly greenfield land-based mining and infrastructure project anywhere in the world. This debt-funding package was secured from 19 of the largest banks in the world and five Export Credit Agencies. Roy Hill uses some of the largest mining equipment in the world, another world first. Her instigation of pink trucks, pink trains, the largest whims plant in Australia also pink and more across Roy Hill sites, in support of those suffering breast cancer, and in support of women in the mines, is also a world first and encouraged several ship owners to paint their ships pink also, another first.

Mrs Rinehart’s vision to grow and value-add Australian food has been the basis for significant investments, including the acquisition of the iconic S. Kidman and Co pastoral company. Today, the Hancock Group pastoral properties stretch across most states in Australia, plus the Northern Territory.

She is also the founder of Australians for Northern Development and Economic Vision (ANDEV), has authored two books, and arranged and funded a third one, (for agriculture), founded Australia’s Annual National Mining and Related Industries Day and National Agriculture and Related Industries Day, and is Patron of several organisations, and a governor of AmCham (Australia).

Mrs Rinehart’s business success, industry leadership and contribution to Australia, has been recognised in her own country and internationally. She was awarded an Honorary Doctorate from Bond University, prestigious business awards from CEO Magazine’s Chairman of the Year in 2014 and 2017, and their lifetime achievement award also, much coveted mining awards from diggers and dealers, including in 2020 achieving their trifecta , prestigious international awards, such as from S & P Global Platts and Mines and Money , etc, which are in addition to numerous lifetime achievement and other awards. As an industry leader and huge contributor to Australia, she provides a role model for other women, and as many note, is an Australian patriot, who provides inspiration to many. 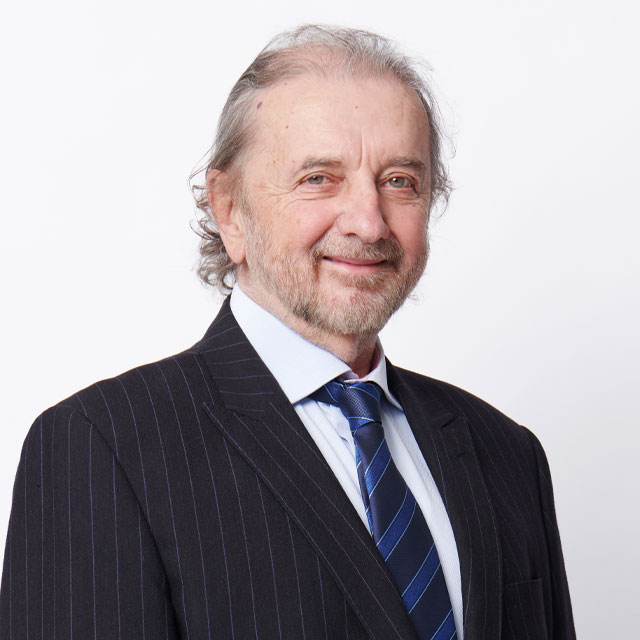 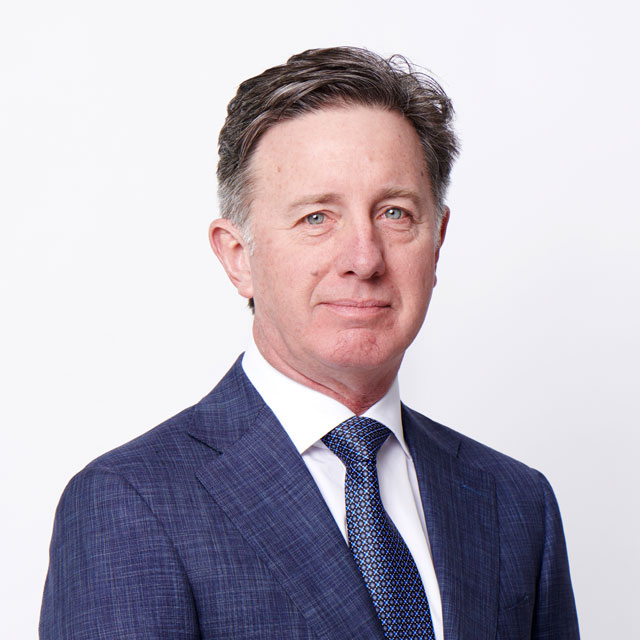 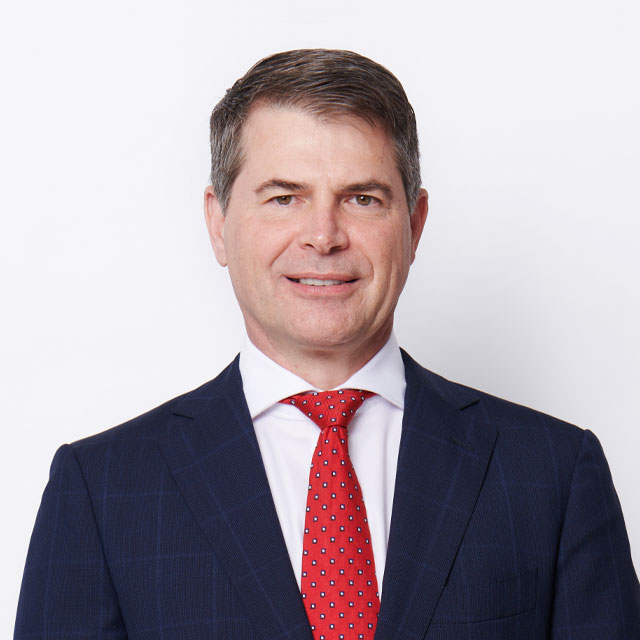 25 years’ experience gained in mining and related industries. Previously CFO of subsidiary company Roy Hill Holdings, from 2013 to 2016, responsible for leading US$7.2billion project financing for construction of the Roy Hill project. Prior to this held position as CFO of Paladin Energy Ltd, a uranium mining business listed on Australian, Toronto and Namibian stock exchanges. Career began with PriceWaterhouseCoopers before working with Credit Suisse First Boston and later Brambles Industrial Services. Experience gained includes as a minority shareholder of a mining and construction business over 8 years. Chartered Accountant admitted to Australian Institute of Chartered Accountants in 2001. Awards 2014 – Australian CFO of the Year Award, CEO Magazine 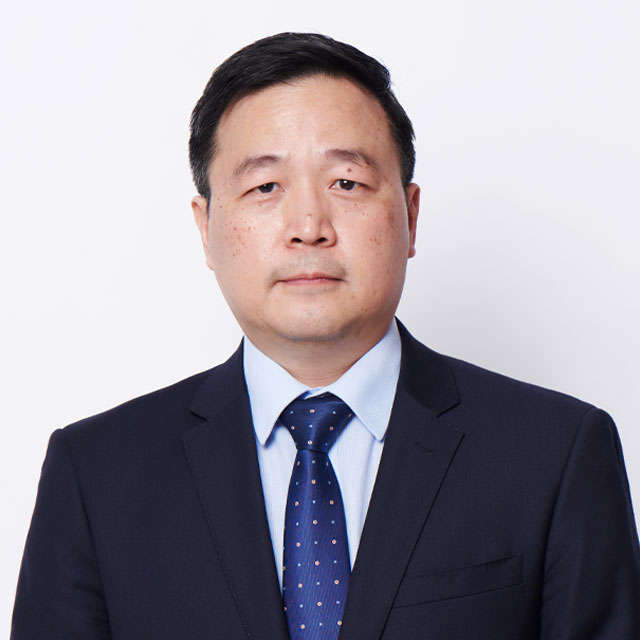 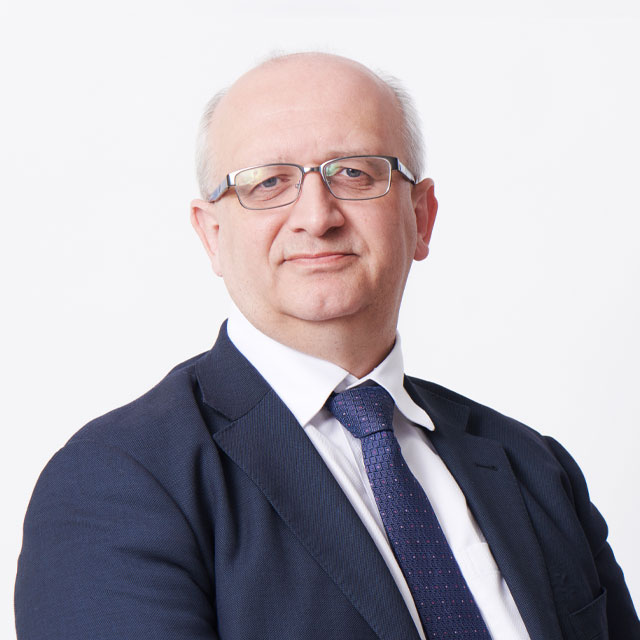 Over 30 years’ experience in international and Australian energy and infrastructure businesses.

Between 2017 and 2021 he was CEO of Squadron Energy an Australian company focused on exploration and development projects in the natural resources and energy sector. Prior to that between 2010 to 2017 he was CEO of DBP Transmission (DBP). DBP was the owner and operator of the Dampier to Bunbury Natural Gas Pipeline, Western Australia’s most important piece of energy infrastructure.

His role prior to joining DBP was Vice President Strategy, Portfolio & Planning with Shell Upstream International in the Hague. Overall he had a 20 year career with Shell working in Australia, the Netherlands, the USA, the UK and throughout Asia. During his career with Shell he gained experience in pipeline operations, offshore construction, LNG, energy pricing and business development.

He has a Bachelor of Engineering from the University of Nottingham and a MBA from London Business School. 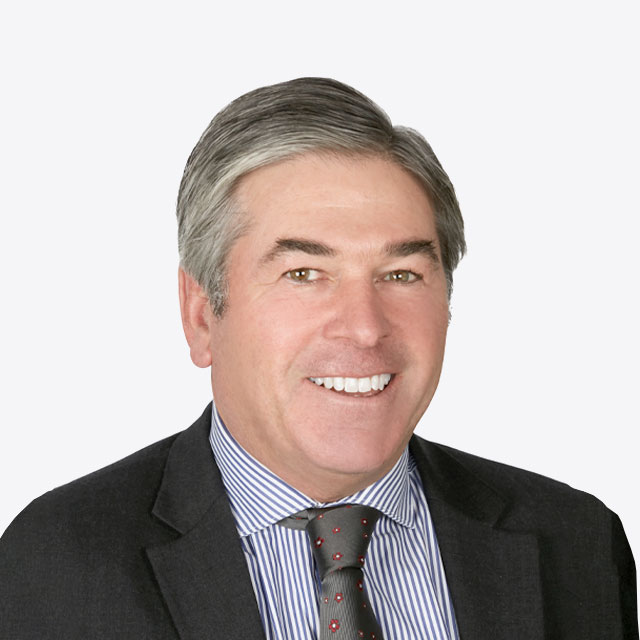 John brings over 30 years of senior agribusiness experience to Hancock Agriculture including the roles as CEO of Hassad Australia, Managing Director of Clyde Agriculture and executive roles with Elders and Stanbroke Pastoral Company. During this period, John has been involved in beef and sheep production, cotton, grain, feedlotting, meat processing and exporting.

John is currently the Independent Chair of the Red Meat Advisory Council.

John holds a Diploma in Farm Management, Bachelor of Business, Graduate Certificate in Agribusiness, Master of Business Administration and is a Fellow of the Australian Institute of Company Directors.