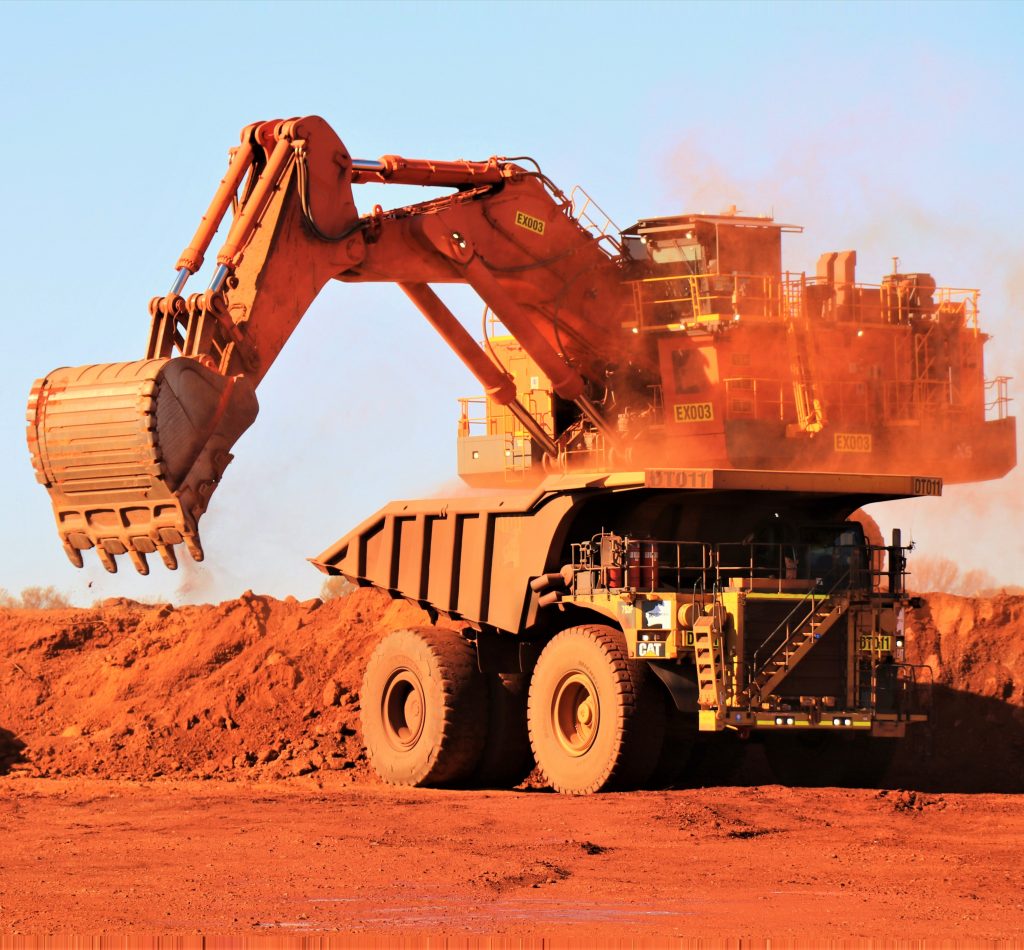 The Roy Hill story is an incredible one, dating back many years. Gina Rinehart acquired the Roy Hill tenements in the early 1990s after her father’s passing and after BHP Billiton dropped them. Notably, all professional advice at the time insisted that the tenements were of little value, urging Gina Rinehart to abandon the project.

To her credit, she forged ahead with her dream to build, own and operate a first-class major iron ore mine in one of the world’s premier iron ore provinces, the Pilbara, creating jobs both directly and indirectly for thousands of people.

With its own integrated high-grade iron ore mine, 344km heavy haul railway system and purpose built port facilities, this project has marked a number of impressive firsts such as launching Australia’s first and only fleets of pink mining trucks and trains dedicated to breast cancer and its sufferers, and has achieved a female participation rate above the industry standard.

Roy Hill also marked the largest ever-commercial deal between Australia and South Korea entered into in history. Roy Hill had to achieve over 4000 government approvals, permits and licenses prior to construction with all of the associated costs, delays and risks. Roy Hill secured the world’s largest debt funding package for a mainly Greenfields, land-based mining project, from nineteen of the largest banks in the world and five Export Credit Agencies, gaining international acclaim.

Remarkably, over 50,000 people in the Australasia region have been directly and indirectly employed thanks to this mega project. Some of these operate some of the largest equipment in the worlds mining industry, another first.

Roy Hill celebrated its first shipment of iron ore from Port Hedland on 10 December 2015 and has since loaded tens of millions of tonnes of shipments to key markets in Japan, Korea, China and Taiwan.

Watch this video to find out more about the Roy Hill operation.

Finally, Roy Hill is without a doubt an iron ore industry leader and trailblazer, having been presented with numerous industry awards including: 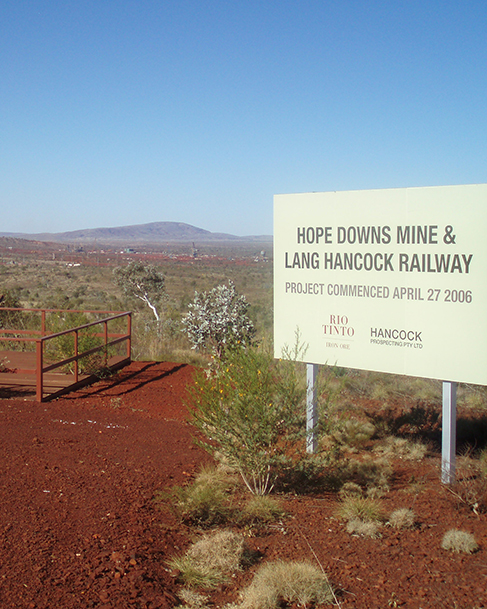 Hope Downs iron ore (HDIO), a subsidiary of HPPL and part of the Hancock Group, secured a State Agreement for the Hope Downs temporary tenements in December 1992, (nine months after the passing of Hancock Prospecting founder, Lang Hancock). Based on that more secure title, Hancock was able to progress exploration and evaluation work, then finished a pre-feasibility study and commenced a Bankable Feasibility Study under the executive chairmanship of Gina Rinehart. In 1998, after a worldwide search, HDIO secured Iscor of South Africa as a partner to help fund the completion of the Hope Downs Bankable Feasibility Study, given that HPPL then had inadequate money to timely finalise an expensive bankable feasibility study.

Iscor later “unbundled” and the partner became Kumba, a smaller and less financially strong company, which was later taken over by Anglo. Anglo had committed to different development priorities during its approval for takeover process. The Hope Downs project was delayed by various events, including inter alia, negotiations to share infrastructure with BHP Billiton iron ore (BHPBIO), settlement of the Porteous litigation (litigation that involved financial claims for Hope Downs, which needed resolution prior to finance being achievable), the hostile takeover of Kumba by Anglo, and Anglo’s commitment to the South African Government that it would focus its iron ore investments in South Africa.

After a successful arbitration, and government imposed difficulties with accessing Port Hedland (the then selected port for Hope Downs), on 1 July 2005 Kumba /Anglo was replaced by Rio Tinto Iron Ore when the company announced an agreement to enter into the Hope Downs Joint Venture (HDJV), a 50 / 50 joint venture between Hope Downs Iron Ore (HDIO) and Rio Tinto iron ore. The involvement of another partner involved a further selection process and much work, including a major rewrite of the draft development proposal, against the difficult time pressure imposed under the State agreement, should a financeable development proposal not be submitted on or by June 30th.

First production from the A$1.3 billion Hope Downs first Mine was achieved in November 2007 with first railing of ore over the new “Lang Hancock Railway” (named in honour of Lang Hancock) to Dampier achieved prior to Christmas 2007.

Following the success of this first mine, further investment enabled the commencement one year later of its second major mine, Hope South, which increased production capacity to approximately 30 Million Tonnes Per Annum (Mtpa). Hope Downs North and Hope Downs South are both primarily Marra Mamba deposits and are distinct deposits that form part of Hope 1.

Following the achievements at both Hope 1 North and South, Hope Downs 4 (which had had a successful pre-feasibility study undertaken by Hancock prior to Rio Tinto Iron Ore’s involvement) was subsequently developed and commenced production in 2013. Hope 4 is a Brockman hosted iron ore deposit located approximately 30km north of Newman, with a reserve of 162Mt as at 2016, and currently provides production tonnage of approximately 15Mtpa.

A fourth mine, Baby Hope became active in October of 2018.

The project has a workforce across a range of cultures and operates with an excellent record in the areas of health and safety. Maintaining these high standards and reliability for its customers are key areas of management focus.

Hope Downs currently has total production capacity of approximately 47Mtpa and represents one of Australia’s largest and most successful iron ore projects in the lower cost quartile.

The risks that needed to be overcome – the efforts, focus, hard work, persistence and investment by HPPL and its subsidiary over many years – plus the additional risks, endeavours and expense to achieve the myriad of thousands of government approvals, permits and licences, plus the many years of defending and paying for Porteous litigation so financing for Hope Downs was possible – built a foundation for such successful projects and should enable the Hancock Prospecting Group to continue to contribute to the growth of the Pilbara region, West Australia and the nation for decades to come. 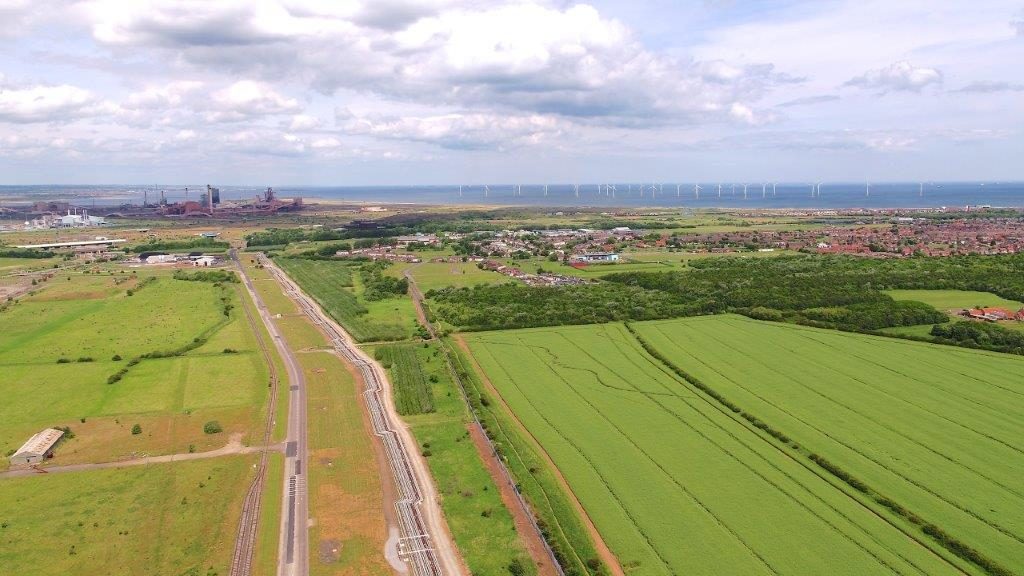 Located in North Yorkshire, United Kingdom, this project will involve constructing a new mine, building a 37km underground conveyor system, developing a state-of-the-art granulation facility and upgrading port facilities. Its initial production capacity is 10 million tonnes per annum (Mtpa), with the potential to reach 20Mtpa through subsequent phases of development.

This project will deliver a new and natural product which fits with Hancock’s long-term investment in agriculture and will provide a product of value to many Australian farmers. Some of its produce will also be available for Hancock’s agricultural interests. 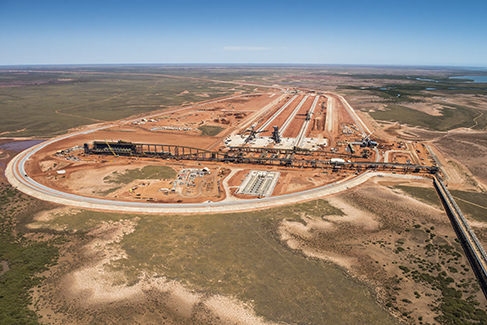 Pilbara Iron Ore Exploration
Hancock Prospecting continues to explore for iron ore deposits and grow its mineral resource inventory though a number of exploration tenements in the Pilbara.

Hancock Prospecting has a dedicated exploration team focused on the exploration of its iron ore deposits in the Pilbara.

Together with its Joint Venture partner, Hancock Prospecting is actively exploring for high-grade gold deposits within a world-class gold province in Victoria, Australia.

Queensland Coal Investments (QCI)
QCI is a wholly owned subsidiary of Hancock Prospecting and is currently focused on coal exploration in Queensland.

Sellheim Project
The Sellheim Project is a Joint Venture between a subsidiary of Hancock and local explorers. Located in North Queensland, the Project is an early stage exploration project targeting gold and copper mineral targets.