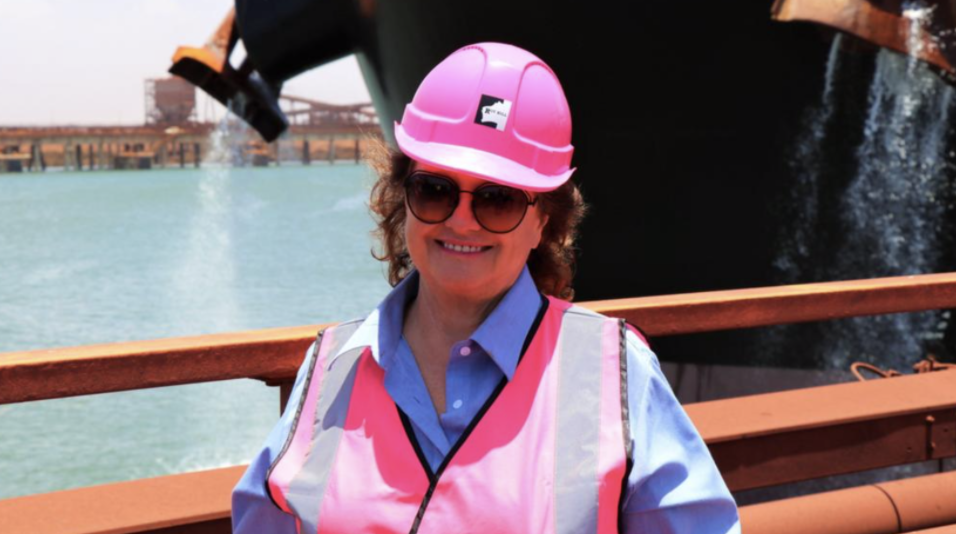 Article by Caitlin Paroczai courtesy of The West Australian

Gina Rinehart has this week signed an agreement to bring the long-awaited Australian Premium Iron project back to life.
Mrs Rinehart’s Hancock Prospecting has joined forces with China’s Baowu, Korea’s POSCO and US company AMCI to restart the project — dubbed “The Hardey” project — which has been dormant since 2014.
Previously the $US7.4 billion ($10.2b) project involved plans for a railway line linking several stranded iron ore deposits in the West Pilbara to a proposed port at Point Anketell east of Karratha, exporting as much as 40Mtpa.
The revised strategy involves potentially using the existing port, rail and road infrastructure of other companies to move the ore.
Under the development agreement, Mrs Rinehart’s Hancock Prospecting will undertake a bankable feasibility study. If given final investment approval by the joint venture partners, Mrs Rinehart’s majority owned Roy Hill will develop and operate the project.
“The Hardey project has waited years for the right window to proceed to development,” Mrs Rinehart said in a speech at the venture’s signing ceremony.
“We have an outstanding group of partners, and we believe that now is the right time for the Hardey project to be progressed.”
In May, MinRes struck a $10m deal with rail operator Aurizon to acquire its 15 per cent stake in Aquila Resources, which in turn owns a 50 per cent stake in the 2.7 billion tonne West Pilbara iron ore project.
The deal gave the Chris Ellison-led company an indirect 7.5 per cent stake in API.